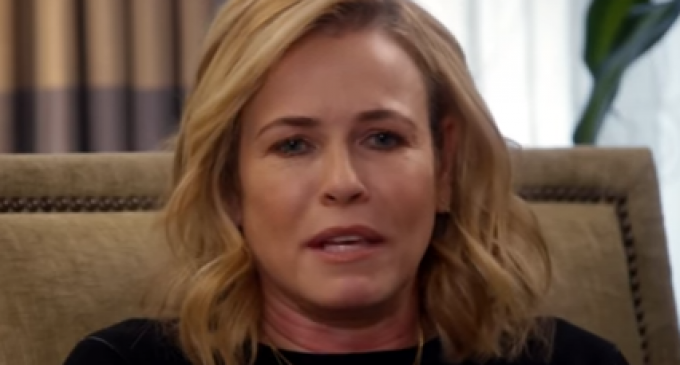 Chelsea Handler rose to celebrity status by talking about her drunken escapades, promiscuous sex life and love of vodka. It’s abundantly clear that love affair still burns hot today as she attacks President Donald Trump every chance she gets, either on television, in speaking appearances or on Twitter.

Her latest barb was a shot fired on Twitter yesterday, one in which she seemingly called for something that could result in real shots being fired.

It’s unclear what it is about two women named Chelsea who continue to rant against President Trump in tweets. Both of them were huge supporters of Hillary Clinton’s 2016 presidential bid, and no doubt both nearly drowned the morning of November 9 from the tears they shed.

Ms. Handler just can’t seem to accept the reality of the president’s election and continues to seek some way to remove him from office. On the next page, learn the seditious remark she made on Twitter and the extremes she’s still goes to in expressing her outrage.