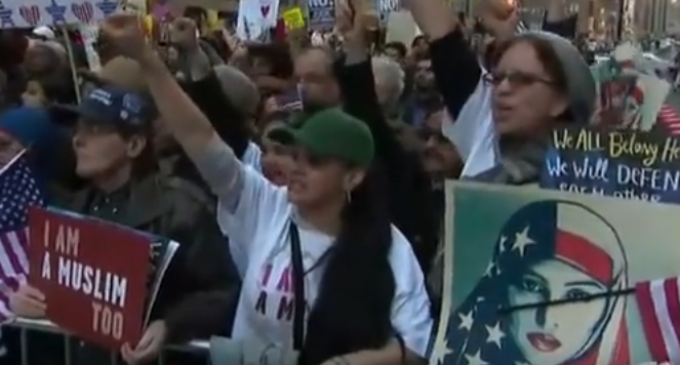 While some of Hillary Clinton's early days as a liberal activist might be buried in history, her daughter's story, as the only child of former President Bill Clinton and his wife Hillary, is very well known. While her efforts to support her mother's bid to win the presidency fell flat, she has continued undeterred as she works to stake out her own place in American politics. Does she harbor political ambitions of her own? It would not be surprising.

Her latest foray into the leftist political scene included her own daughter who is two. It also involved participation in a demonstration in New York City. More on page two.