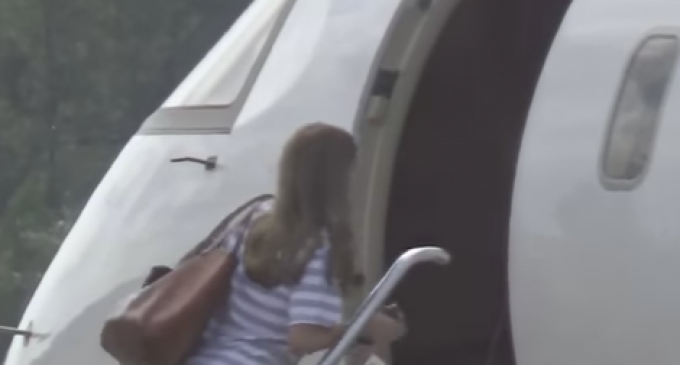 There's no shortage of irony when it comes to the Clinton family. Hillary claims to be fighting for women's rights, while her campaign is funded by people and organizations knee deep in the sex trade.

Bill Clinton claims he believes in Hillary Clinton's feminist ideas, yet he sleeps with anything that has a pulse and lady parts. Then there's Chelsea, who, up until recently has managed to be smart about what she's seen and not seen doing.

If you tuned into the debates last week, you might have noticed that Hillary Clinton used “climate change” as a way to fire a potshot at Donald Trump. Try as she might to get people to believe in the myth of “climate change” there's yet to be any solid evidence that shows it actually exists, and every scientist to claim to have proof has a shady background or ended up in jail. So, yeah, let's not put all of our eggs in that basket quite yet.

But back to Chelsea.

Chelsea appeared at her mother's latest campaign stop to say a few words about “climate change.” And in the ironic footsteps of her parents, she managed to prove just how much she cares about the environment she claimed to be wanting to save.

Find out what she did on the next page + see videos: