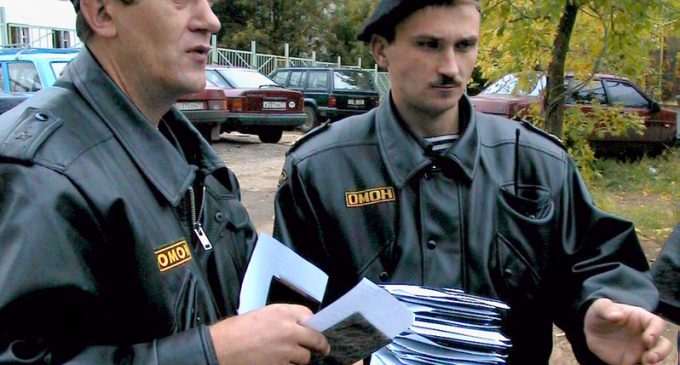 Turns out a cupcake store politely refusing to cater a gay wedding is not actually the most violent attack happening in the world against homosexuals.

Chechnya, a predominantly Muslim country, has launched a campaign to eradicate homosexuals. Parents are being instructed to kill their homosexual sons or the government will do it for them. Most parents are then forced to take their sons out into the woods and shoot them. Mothers burying their sons without even a funeral in unmarked shallow graves.

Russian President, Vladimir Putin has summed Chechen leader, Ramzan Kadyrov to the Kremlin to discuss this situation. Kadyrov claims it would be impossible for there to be homosexuals in Chechnya has they were a Muslim country.

“Chechen society does not have this phenomenon called non-traditional sexual orientation. For thousands of years, the people have lived by other rules, prescribed by God.”

The constitution or Russian law is not respected in Chechnya despite being a part of the Russian federation. Chechen leader, Ramazan Kadyrov is adamant about incorporating Sharia law into local government. Despite polygamy being illegal in Russia, Kadyrov encourages citizens to have as many as 4 wives, but to shot them if ever suspected of having “loose morals”. Honor killings are the duty of every devout Muslim family under Chechen Sharia law.

Human rights activists are petitioning the U.S. and Canada to give visas to these Chechen victims hiding from their families and Sharia law. But, the left is turning a blind eye to this situation. How is the left going to explain allowing Muslims immigrants to retain their cultural customs and laws while also campaigning to rescue persecuted minorities from Muslim countries?

The left doesn't care about proper vetting, or if that can even be truly accomplished. How can they fight for gay rights while simultaneously flooding the country with people known to be violently opposed to homosexuality?

Move on to the next page for details and video: