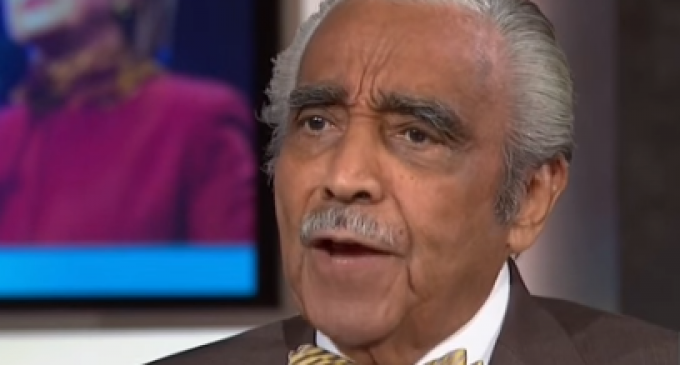 Such a man exists, and his name is Charlie Rangel.

A longtime Congressman from New York, Rangel has agitated on behalf of virtually every left-wing hobby horse since the 1970's. He is pro-abortion, pro-open borders, and vehemently anti-Second Amendment.

Notice how I didn't say he is anti-gun. That's because he isn't, as he made abundantly clear in an interview with The Daily Caller. Questioned by the outlet about the recent scandal involving well-connected individuals bribing NYPD officials in order to obtain the city's rarely-granted concealed carry permits, Rangel gloated over how hard it was for New Yorkers to carry firearms within the city.

When his interviewer countered that he and his fellow congressmen were protected by armed police officers, however, the congressman offered this reason for the apparent discrepancy between his politics and his personal situation: politicians like him “need to be protected” because their situation is a “little different” from the average citizen.

Watch a video about Rangel's hypocrisy on guns on the next page: