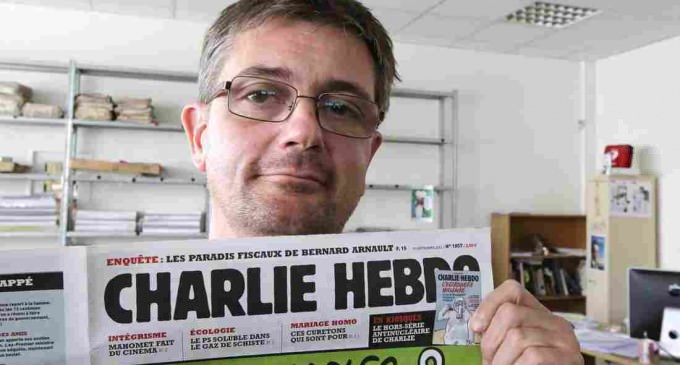 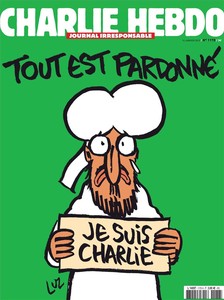 In defiance of the threat of more attacks by Muslim terrorists, the satirical magazine Charlie Hebdo will feature the caricature of a tearful Mohammad holding up a sign with the statement “Je suis Charlie” (I am Charlie) below the headline: “Tout est pardonné” (All is forgiven).

Radical Islamics will surely not like the fact that they've helped bolster sales of the magazine, which typically prints around 60,000 copies, up to 3 million for tomorrow's run, further spreading more portrayals of their Prophet.

We can expect more terrorist attacks on this magazine – Muslim terrorists will surely step up the game.

As the radical Islam colonizes and brings more terror to the West, the defiance of ‘infidels' will continue to elevate the amount of attacks, bringing outright war onto the streets and a much larger police state within western nations.