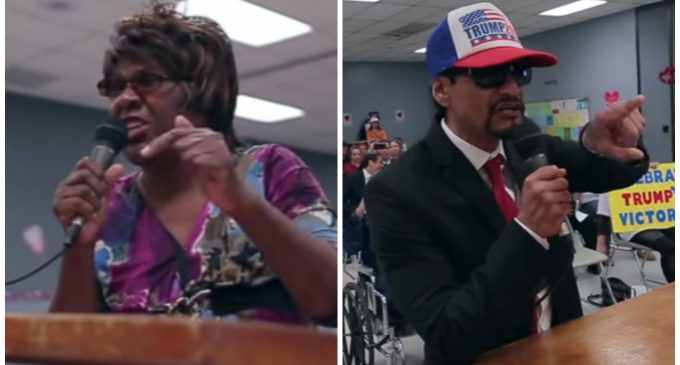 The left likes to position itself as the defender of minorities and Republicans as their enemies, but it seems that African-Americans and other minority groups are waking up to this charade.

While every GOP candidate for president in recent memory has been accused of being racist by liberals, Democrats were especially adamant about pushing the idea that Donald Trump was the most racist person to ever run for president. Nevermind that past presidents had supported not only segregation but slavery as well: these are minor offenses compared to talking about putting America first and making the country great again in the eyes of leftists apparently.

But despite their best efforts, an unprecedented amount of minority voters cast their ballots in favor of the populist conservative, exposing the cracks in the progressive narrative that minorities exclusively support Democrats and the few that don't are traitors to their communities.

Watch video of black and Hispanic Trump supporters on the next page: