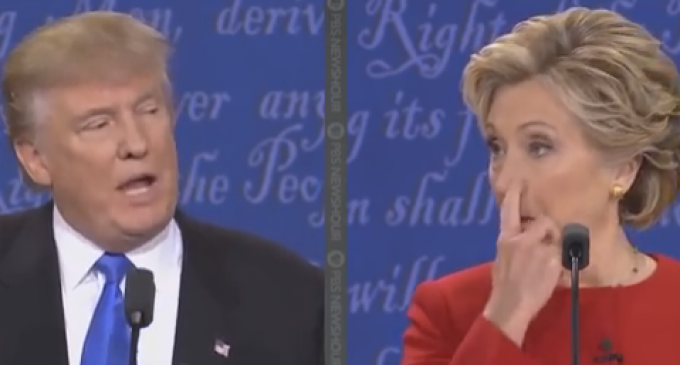 Donald Trump has no patience for baseless accusations during a debate. While other politicians allow their opponents to finish their attacks before rebutting, Donald Trump tends to cut them off immediately with a “not true” or “I never said that.” While this is nothing new for Trump, he is just now being attacked for the strategy.

Why are people suddenly offended by the way that Trump debates, you ask? Because his opponent is female.

Yes, people are calling Trump “sexist” because he is treating Hillary Clinton the same way he treated his male opponents before her.

But while Trump's interruptions are being obsessed over by pundits, fewer people are seemingly outraged by Lester Holt's constant and disproportionate interruptions of Trump.

Now, one champion poker player is claiming that Holt's behavior was no accident — and that Hillary Clinton was signalling Holt the entire debate. See the evidence on the next page: