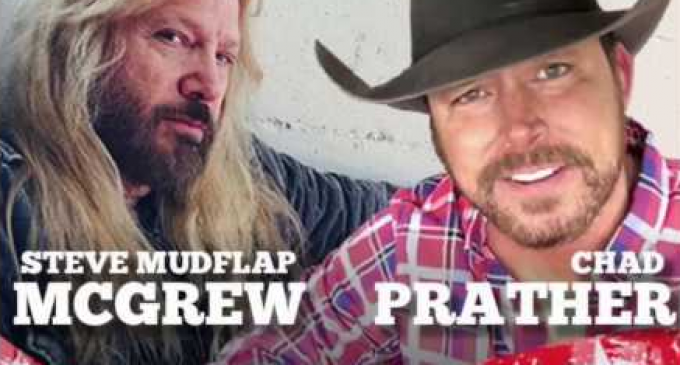 We've reached a critical point in society, where political correctness has become a giant city-destroying monster that we're all refusing to acknowledge, despite the fact that there's massive chunks of metaphorical debris falling on our heads in the shape of hurt feelings and rocks being hurled at glass windows during riots. Modern society has literally become an episode of South Park, which would explain why seasons of South Park are getting shorter. They've run out of things to make fun because life has become so bizarre.

Chad Prather and Steve “Mudflap” McGrew are two good ol' boys who've decided to send all the snowflakes out there a message in the form of a brand new song with a familiar tune. You can check out the song on the next page, as well as the lyrics and an interview as to why they wrote the song. If you need further motivation, here's the chorus, “I've got friends in safe spaces, and if you don't go with us, then you must be racist, That's our catch phrase. Where's my latte?” Yes, that sounds like a popular Garth Brooks tune. And the song gets better.

Listen to the song on the next page.