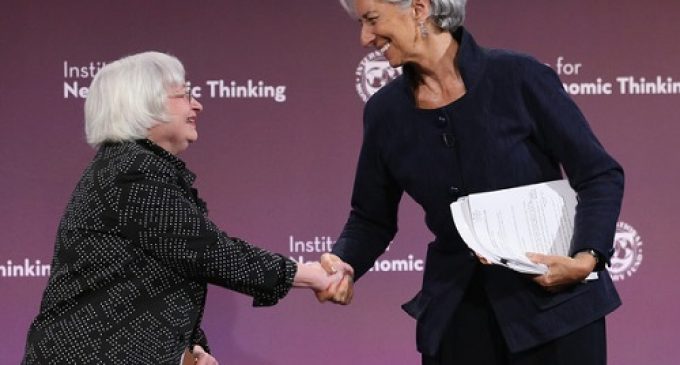 Those wondering about the goals of the Federal Reserve Bank and the impact central banking has on our economy, and indeed our very way of life need look no further than a recently concluded meeting of central bankers in Jackson Hole, Wyoming. While it presents itself an institution that fosters growth and stability in the economy, the Fed does just the opposite. Its actions create bubbles that inevitably burst, worsening the business cycle and injecting uncertainty into the markets.  Think the tech bubble of 2000 and the real estate bubble of 2008.

The study of the Fed is a fascinating project.  Its beginnings were shrouded in mystery as a small cabal of powerful bankers and politicians met in secrecy on Jekylll Island, Georgia a bit over 100 years ago to map out a plan to put in place a central bank. A couple of years later, the Fed was born.

One of its supposed mandates is to maintain the purchasing power of the dollar.  With the dollar having lost over 98% of its value during the lifetime of the Fed, we can see how that has worked out.

But for all its lofty goals and miserable failures, there is one thing that it has done quite well.