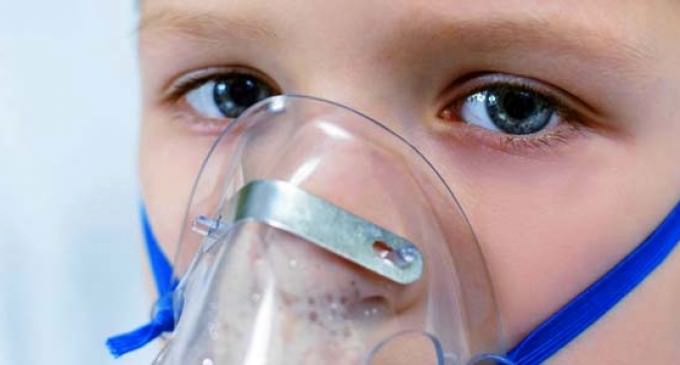 The respiratory virus that's sending hundreds of children to the hospital  could be “just the tip of the iceberg in terms of severe cases,” stated  Mark Pallansch, a virologist and director of the CDC and Prevention's Division of Viral Diseases.

This is occurring weeks after Obama shipped tens of thousands of illegals all over the country without screening them.

And, it's months after Obama signed an amendment to an executive order by George W. Bush that would allow him to apprehend and detain Americans who only show signs of “respiratory illness.”

CDC States New Virus Could Be Tip Of The Iceberg

The very harsh respiratory virus, Enterovirus EV-D68, that's sweeping through the Midwest and Southeast United States has been sending hundreds of children to the hospital is causing alarm at the CDC.

This type of virus is uncommon, but not particularly new and has actually been around since the 60's, which is likely what makes people very susceptible to it.

But is there a link between this virus and the tens of thousands of illegals that have entered our country?

Radio show host, Michael Savage who has a doctorate in epidemiology, explores this question in his recent show below:

And, as if by coincidence, Obama earlier this year changed penned an amendment to an executive order, titled Revised List of Quarantinable Communicable Diseases, amends executive order 13295, which was passed by George W. Bush in April 2003 that would allow Obama to apprehend and detain Americans who show signs of “respiratory illness.”

Although the amendment does exclude influenza and was in response to Ebola, well let's hope that this virus doesn't present some sort of crisis opportunity for our President, who looks for anything to claim more power.

The amendment specifically states: “Severe acute respiratory syndromes, which are diseases that are associated with fever and signs and symptoms of pneumonia or other respiratory illness, are capable of being transmitted from person to person, and that either are causing, or have the potential to cause, a pandemic, or, upon infection, are highly likely to cause mortality or serious morbidity if not properly controlled.”