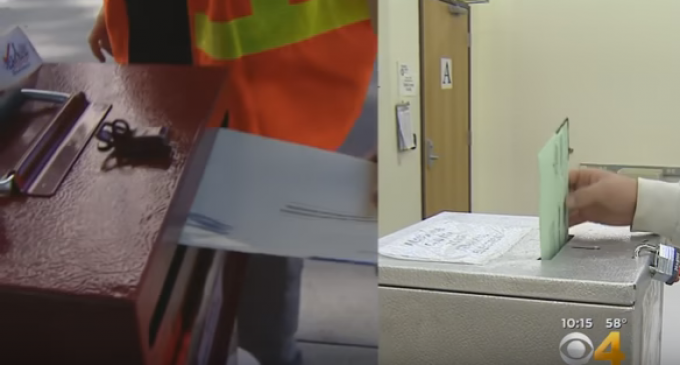 With proof of voting fraud being discovered across the country, this election is well on it's way to being one of the most contentious in recent memory.

Blame for this state of affairs can laid at the feet of the Democratic Party and it's reckless policies. Instead of seeking to uphold the integrity of the democratic process, liberals have sought to undermine it in every possible way, making absurd arguments that something as non-controversial as requiring voters to show identification at polling stations is “racist” and thus people shouldn't be required to produce said ID before voting.

What we are witnessing today is the direct result of this irresponsible fear-mongering, with report after report of fraud coming in each day. This is bad enough on it's own, but given the high stakes this November, it's imperative that we address this issue lest the election be stolen.