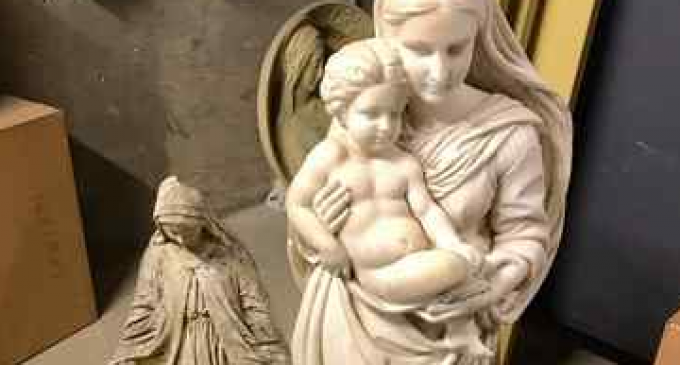 Liberals hate the tolerant right. Yes, right. Conservatives are the only party truly concerned with protecting the rights and freedoms of all as outlined in our Constitution.

Nothing proves this point more than the whole statue fiasco unfolding at San Anselmo’s San Domenico School. And in this day and age of liberal tolerance, can you even begin to guess if these statues were of Confederate Generals or Jesus and the Virgin Mary?

How terrifying is it that both could be a distinct possibility in today’s world? One day it’s erasing the history of Confederate generals and the founding fathers, the next it’s wiping Jesus and the Bible from human memory.

We need to be aware of the big picture here instead of getting sucked into the Democrats trap of focusing on the little minor details.