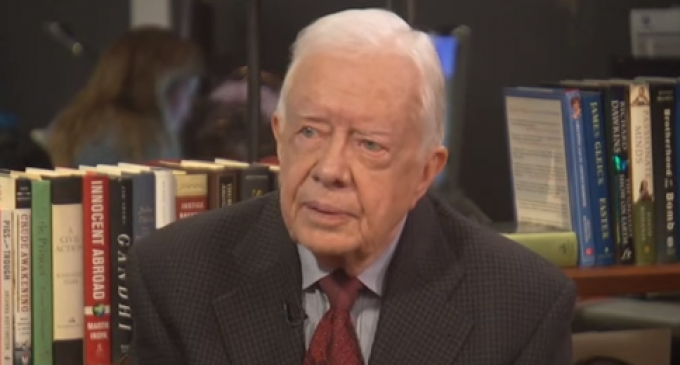 In an interview with HuffPost Live, the 39th president, who has professed deeply-held religious convictions for many years, spoke about his faith in relation to his life and political career.

“I never have run across any really serious conflicts between my political obligations and my religious faith,” Carter said.

When asked what he thought of gay marriage, Carter relied “That’s no problem with me.”

“I think Jesus would encourage any love affair if it was honest and sincere and was not damaging to anyone else and I don’t see that gay marriage damages anyone else,” the 93-year-old said.

He then went on to say the ‘drew the line’ at the government being able to force churches to perform gay marriages if they didn’t want to.

He then moved to the topic of abortion, which he calls a “long-term problem of mine.”