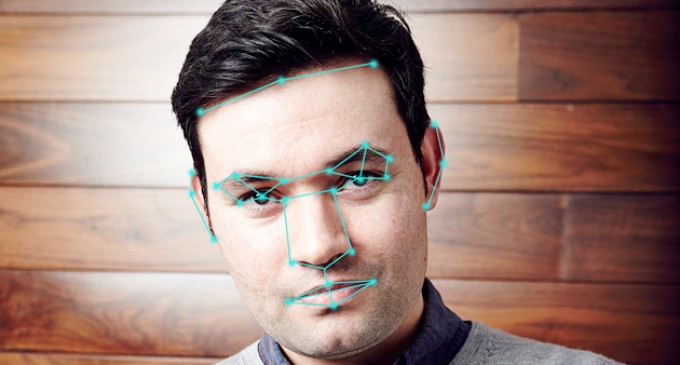 New documents released by the FBI indicate that the Bureau will have a fully operational face recognition database by this summer, which will start with 52 million images of criminals and non-criminals.

The FBI has never before linked the criminal and non-criminal fingerprint databases, until now.

It's called Next Generation Identification, or NGI and it's disconcerting because:

– NGI allows all levels of law enforcement to search non-criminal and criminal face records at the same time. So you could become a suspect in a criminal case just because you applied for a government job that required you to submit a photo with your background check.

– Second, the FBI and Congress haven't enacted meaningful restrictions on what types of data can be submitted to the system, who can access the data, and how the data can be used. For example, nothing prevents the FBI from obtaining photographs off Facebook!

– False positives (someone being falsely identified), is a big problem. The system is only accurate 85 percent of the time.

New documents released by the FBI show that the Bureau is well on its way toward its goal of a fully operational face recognition database by this summer.

EFF received these records in response to our Freedom of Information Act lawsuit for information on Next Generation Identification (NGI)—the FBI’s massive biometric database that may hold records on as much as one third of the U.S. population. The facial recognition component of this database poses real threats to privacy for all Americans.

NGI builds on the FBI’s legacy fingerprint database—which already contains well over 100 million individual records—and has been designed to include multiple forms of biometric data, including palm prints and iris scans in addition to fingerprints and face recognition data. NGI combines all these forms of data in each individual’s file, linking them to personal and biographic data like name, home address, ID number, immigration status, age, race, etc. This immense database is shared with other federal agencies and with the approximately 18,000 tribal, state and local law enforcement agencies across the United States.

The records we received show that the face recognition component of NGI may include as many as 52 million face images by 2015. By 2012, NGI already contained 13.6 million images representing between 7 and 8 million individuals, and by the middle of 2013, the size of the database increased to 16 million images. The new records reveal that the database will be capable of processing 55,000 direct photo enrollments daily and of conducting tens of thousands of searches every day.

NGI Will Include Non-Criminal as well as Criminal Photos

One of our biggest concerns about NGI has been the fact that it will include non-criminal as well as criminal face images. We now know that FBI projects that by 2015, the database will include 4.3 million images taken for non-criminal purposes.

Currently, if you apply for any type of job that requires fingerprinting or a background check, your prints are sent to and stored by the FBI in its civil print database. However, the FBI has never before collected a photograph along with those prints. This is changing with NGI. Now an employer could require you to provide a “mug shot” photo along with your fingerprints. If that’s the case, then the FBI will store both your face print and your fingerprints along with your biographic data.

In the past, the FBI has never linked the criminal and non-criminal fingerprint databases. This has meant that any search of the criminal print database (such as to identify a suspect or a latent print at a crime scene) would not touch the non-criminal database.  This will also change with NGI. Now every record—whether criminal or non—will have a “Universal Control Number” (UCN), and every search will be run against all records in the database. This means that even if you have never been arrested for a crime, if your employer requires you to submit a photo as part of your background check, your face image could be searched—and you could be implicated as a criminal suspect—just by virtue of having that image in the non-criminal file.

Many States Are Already Participating in NGI

The records detail the many states and law enforcement agencies the FBI has already been working with to build out its database of images (see map below). By 2012, nearly half of U.S. states had at least expressed an interest in participating in the NGI pilot program, and several of those states had already shared their entire criminal mug shot database with the FBI. The FBI hopes to bring all states online with NGI by this year.

The FBI worked particularly closely with Oregon through a special project called “Face Report Card.” The goal of the project was to determine and provide feedback on the quality of the images that states already have in their databases. Through Face Report Card, examiners reviewed 14,408 of Oregon’s face images and found significant problems with image resolution, lighting, background and interference. Examiners also found that the median resolution of images was “well-below” the recommended resolution of .75 megapixels (in comparison, newer iPhone cameras are capable of 8 megapixel resolution).

At such a low resolution, it is hard to imagine that identification will be accurate.1 However, the FBI has disclaimed responsibility for accuracy, stating that “[t]he candidate list is an investigative lead not an identification.”

Because the system is designed to provide a ranked list of candidates, the FBI states NGI never actually makes a “positive identification,” and “therefore, there is no false positive rate.” In fact, the FBI only ensures that “the candidate will be returned in the top 50 candidates” 85 percent of the time “when the true candidate exists in the gallery.”

It is unclear what happens when the “true candidate” does not exist in the gallery—does NGI still return possible matches? Could those people then be subject to criminal investigation for no other reason than that a computer thought their face was mathematically similar to a suspect’s? This doesn’t seem to matter much to the FBI—the Bureau notes that because “this is an investigative search and caveats will be prevalent on the return detailing that the [non-FBI] agency is responsible for determining the identity of the subject, there should be NO legal issues.”

One of the most curious things to come out of these records is the fact that NGI may include up to 1 million face images in two categories that are not explained anywhere in the documents. According to the FBI, by 2015, NGI may include:

However, the FBI does not define either the “Special Population Cognizant” database or the “new repositories” category. This is a problem because we do not know what rules govern these categories, where the data comes from, how the images are gathered, who has access to them, and whose privacy is impacted.

A 2007 FBI document available on the web describes SPC as “a service provided to Other Federal Organizations (OFOs), or other agencies with special needs by agreement with the FBI” and notes that “[t]hese SPC Files can be specific to a particular case or subject set (e.g., gang or terrorist related), or can be generic agency files consisting of employee records.” If these SPC files and the images in the “new repositories” category are assigned a Universal Control Number along with the rest of the NGI records, then these likely non-criminal records would also be subject to invasive criminal searches.