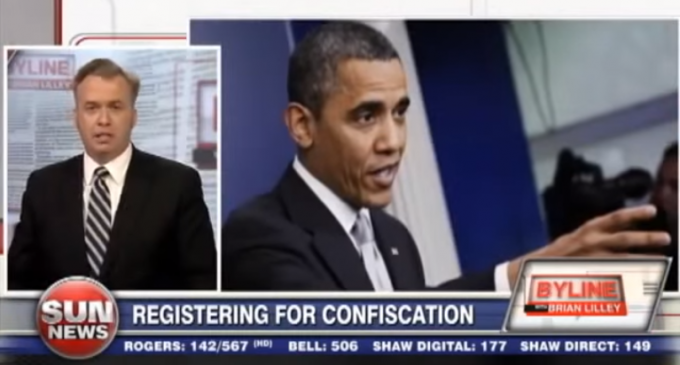 People wondering what expanded gun control in the US will look like need only look to Canada.

Although liberals are eager to point to Canada as some bastion of “common-sense” gun legislation (as opposed to “nonsensical” legislation), a news anchor from our northern neighbor tells a very different story. Addressing American viewers directly, Brian Lilley warns them against accepting government proposals for a national registry for gun owners.

He explains that when Canada first introduced the database, many opposed since it could be used to keep track of and seize law-abiding gun owners' weapons, but the authorities dismissed these concerns and went through with it anyway.

Turn to the next page for video of Lilley's distubring account: