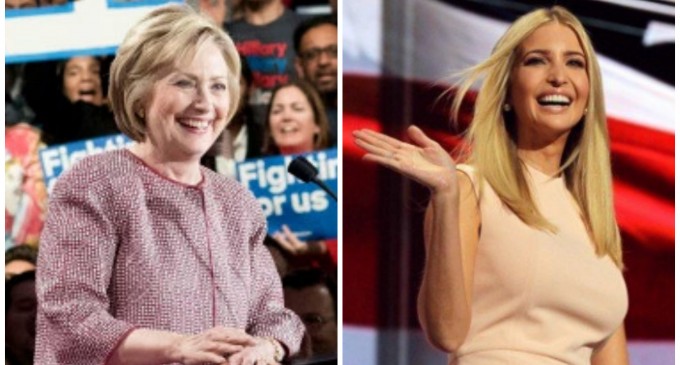 Can you  judge fiscal  responsibility through wardrobe choices?

Possibly, but you most certainly can  judge hypocrisy.  Actions speak louder than words.

Most of us recall Hillary leaving the White House proclaiming “she was dead  broke.”

If she was “dead broke” how could she afford to have purchased a $2.85 million dollar home on Embassy Row in Washington, D.C.?  The New York Times reported that the Clintons put $855,000 down on the Washington house.  They weren't eating beans.

Democratic presidential frontrunner Hillary Clinton  uses class warfare to vilify the wealthy and Wall Street.  This is ironic because she is a  member of the one percent. She laughingly classifies herself as a champion  for the middle class.  Does anyone actually buy her shtick?  Obviously, deluded democrats fall for her well oiled routine like lemmings heading for a cliff.

But What About Her Wardrobe Choices…

This champion of the middle class will easily drop $200K on  a high end wardrobe.. For example, while giving her New York Primary victory speech  in Hillbillary racked up a whopping  $12,495 for a  tweed  jacket designed by Italian fashion icon Giorgio Armani.

Continue on the next page to read about Ivanka Trump