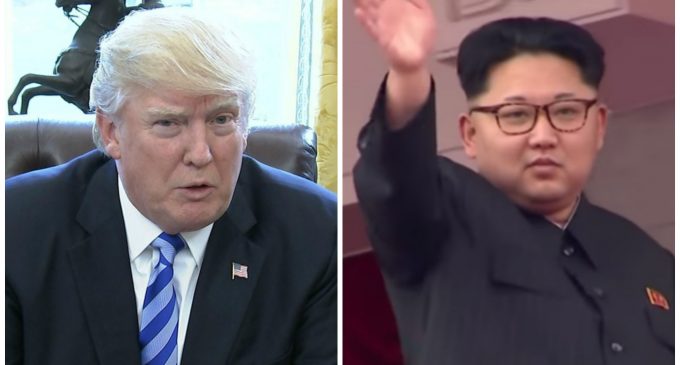 This week, in a gathering at the White House of the military leaders and their wives, during the photo op, the president “mysteriously” stated to the press, “You guys know what this represents?”  Then he gestured around at the long line of leaders and their wives.  “No, what is it?” answered a photographer/reporter.  “Maybe it's the calm before the storm.”  Then, the follow-up was, “What's the storm?”  The president answered, “It could be the calm…the calm before the storm.”  The president was then asked again, “What's the storm?”  His final answer was, “You'll find out.”

Trump once again says "you'll find out" when asked about what he meant by his "calm before the storm" comments pic.twitter.com/mMFAUtkACc

The latest press conference in which Sarah Sanders Huckabee was involved on Friday was filled with interrogatives about this very cryptic statement.  While Republicans (sans the endangered Swamp RINOs) off-handedly chuckled regarding the comment, the Fake News Industrial Complex (FNIC) had a mass freak-out about two particular items of interest at the event.  One was obviously this statement he made off-the-cuff.  The other was the abhorrent action by the president to protect the First Amendment in relation to the freedom of religion.  There was a flurry of hurried and insistent questions about how the president could DARE to take away taxpayer and employer funded birth control for women (who obviously want it sooo badly, but cannot bring themselves to get out of the bed long enough from having “all the sex” to buy a few condoms)!

But back to the issue of “the calm before the storm” statement, it's quite apparent that the Left is somewhat behind the step of the FNIC in outrage, because the only people absolutely losing it over this from-the-hip announcement are reporters.

Read on the following page why this statement by the president could actually be signaling North Korea, as a Russian diplomat returning to his home after a four-day stint in Pyongyang is claiming that the rogue nation is not about to back down and is in fact planning yet another missile launch…this time with the capability of reaching the US West Coast!