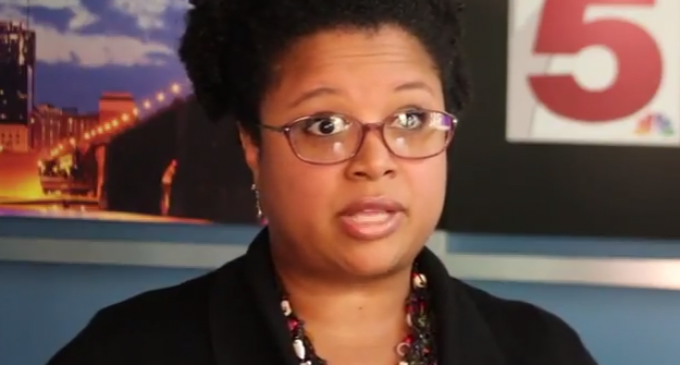 Are you sick and tired of hypocritical liberal politicians calling for the murder of President Trump while refusing to take any responsibility for their actions? Then sign the petition to remove and prosecute Missouri State Senator Maria Chappelle Nadal f0r calling for the assassination of President Trump on the next page. Hard earned Patriot tax dollars are going to support this twisted liberal sociopath fantasizing about the murder of our President as we speak. Are you okay with that when there is something you can do to help remove her from office?

We only have 9,711 thousand more signatures to go before we can get this petition delivered to Rep An Wagner, Senator, Roy Blunt, and Missouri Gov. Eric Greitens. We are not liberals. We stand up for our country and our rights. No politician in our country can call for the murder of our President and stay in office. That is not America. And we have to help President Trump deliver on his promise to MAGA by making our voices heard against these attacks on his very life, and that of his family!

Maria Chappelle Nadal claimed in her official apology that “God is my only judge and jury” when it comes to calling for the assassination of President Trump. But, wasn’t judging exactly what she was doing when she called for people to break the 6th commandment “thou shalt not murder”? And you'd have to belong to ISIS to believe pulling out your (liberal fake Unitarian ) religion card puts you above the law. And make no mistake, Chappelle Nadel broke the law, as clearly outlined on the next page.

Let’s kick this dangerous hypocrite out of public office and into a jail cell right next to the one we’re saving for the Swamp Goddess herself. Head on over to the next page and sign this petition now!