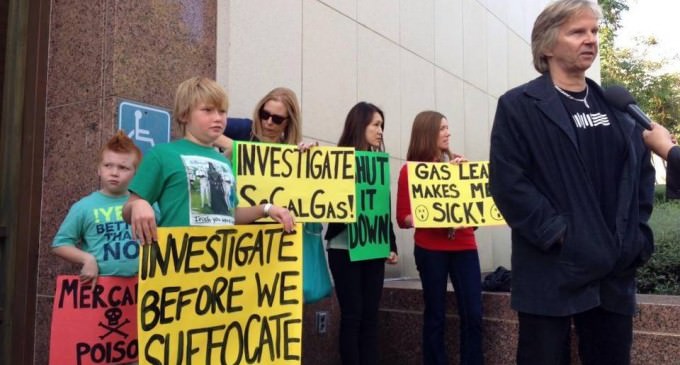 Nothing brings on holiday cheer like having to be relocated for safety sake because of the unstoppable methane gas leak in the neighborhood.  Residents of Porter Ranch, Los Angeles are getting sick from the fumes of the noxious methane gas that has been spewing since October.

SoCal Gas has had to pay for temporary housing for roughly 2000 households.  The company has been ordered by Judge Emilie Elias to relocate these families in the next 24 to 72 hours, yet there has been difficulty finding places for them.

This bedroom community in Southern California has had the methane discharging, “unchecked” for two months, from a fractured underground storage well.  It is estimated that over 100,000 pounds of the gas enters the atmosphere every hour, with no efficient was to stop it.