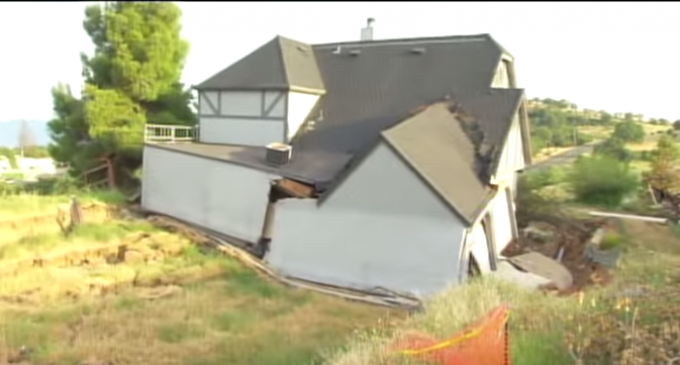 California is sinking, this has been a problem for some time. However, because of the drought, the rate has greatly accelerated and at a rate faster than what scientists has previously thought.

Imagery from NASA satellites shows that some areas are sinking at an incredible rate of 2 inches per month. This is causing infrastructure across the Golden State.

To make matters even worse, the aquifers will likely be permanently shrunk.