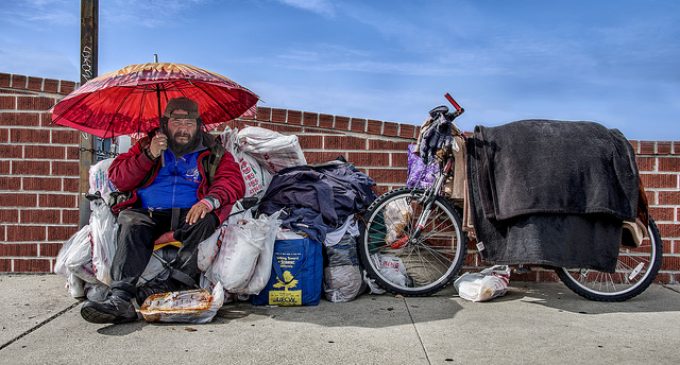 Many people are not aware that there are over 300 sanctuary cities in 32 states.  That's a shocking and bracing statistic.  Many times we are inundated with information about sanctuary cities without ever stopping to think about just how many we're talking about and how that number may soon grow to a much more enormous number if states are allowed to become sanctuary states.

You may not know the name Kevin De Leon and you may not even know why his title California State Senate President Pro-Tempore has to be so damned long, but be that as it may; he's still paid a healthy $120K a year.  De Leon is an amazingly gifted speaker and has given new meaning to the term double-talk.  Being a Democrat, of course, gives him a season pass to double-talk, but he has certainly raised the bar.

De Leon ran into a bit of trouble back a few months ago when he first began talking about Trump's policies of deportation of illegal aliens.  He was absolutely incensed because ICE agents under federal immigration laws being upheld by the Trump administration had the audacity to…well, to follow the federal law.  According to De Leon, the Trump administration had no right to start deporting illegal aliens because they were hard-working Americans who paid their taxes!

What was really much more disturbing, however, were his remarks about his own personal life and family.  Give a quick listen to this short audio as De Leon was on a phone interview with a local California radio talk show.

What De Leon was advocating here was that it quite all right in his book if illegals are hopping the border, coming into town, illegally purchasing someone else's Social Security Number and stealing their identity!  That's perfectly fine with him.  In fact, as he puts it, “The vast majority of immigrants who come here, hard-working immigrants, have done that.  I can tell you, I have family members, specifically who came here as undocumented immigrants and they did the same thing.  That's what you need to do to survive in this economy.”

De Leon went on further that he believes it is NOT a deportable offense to steal someone else's Social Security Number!  He actually said that, over and over.  Here is a man who is serving public office who is okay with his own family or people he knows stealing from other hard-working Americans!  $120K a year to tell us that we need to get over it!  That everyone does it!

This is amazing to me and the fact that no federal investigation has been initiated over this is even more incredible.  Think about the ramifications of these statements.  He says (in full confidence, I might add) that this has been going on for 50 years!

Either this guy is colossally stupid, or he really does know the California penal system much better than me, because in my book, he is a paid government official who is saying, in essence, that it's okay to steal federally-issued identification numbers (issued at birth, mind you) as long as you're an illegal alien purchasing it, because…hey, they all do it.

Well, De Leon has created a neat little piece of legislation that will be coming up for a vote that may just turn the entire state of California into a sanctuary state.  So, instead of the 300 sanctuary cities in 32 states, we'll have another 478 in California alone!  Read more about this seriously-demented idea getting actual consideration on the following page.