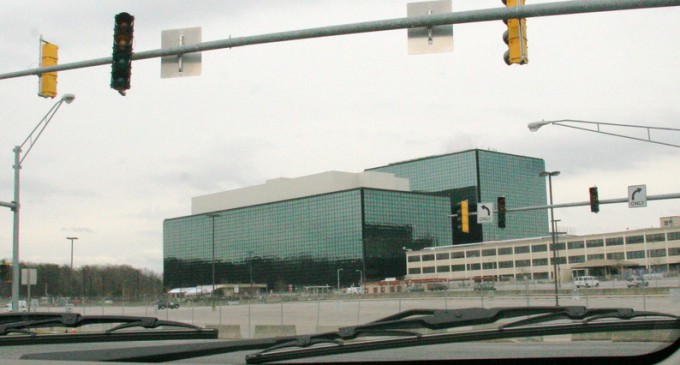 In a victory for liberty and freedom, a bipartisan bill passed the California state Senate committee yesterday by a 5-0 vote that would turn off the water and power to the NSA facility in CA.

The bill is called the Fourth Amendment Protection Act, Senate Bill 828 (SB828) and it would ban the state from providing any kind of material support or resources to any federal agency engaged in the “illegal and unconstitutional collection of electronic data or metadata, without consent, of any person not based on a warrant that particularly describes the person, place, and thing to be searched or seized.”

The bill is sponsored by Sen. Ted Lieu (D-Torrance) and Sen. Joel Anderson (R-San Diego) and will set a precedent for other states to follow suit.

The bill will be before the Senate floor soon, we will keep you updated.

A bipartisan bill that would create a mechanism to turn off resources to the NSA passed out of an important California state Senate committee Tuesday by a 5-0 vote.

Dubbed the Fourth Amendment Protection Act, Senate Bill 828 (SB828) would ban the state from participating in, or providing material support or resources to any federal agency engaged in the “illegal and unconstitutional collection of electronic data or metadata, without consent, of any person not based on a warrant that particularly describes the person, place, and thing to be searched or seized.”

Sponsored by Sen. Ted Lieu (D-Torrance) and Sen. Joel Anderson (R-San Diego), SB828 represents a growing opposition to NSA spying on a state and local level, and across the political spectrum.

“State-funded public resources should not be going toward aiding the NSA or any other federal agency from indiscriminate spying on its own citizens and gathering electronic or metadata that violates the Fourth Amendment,” Lieu said.

Anderson took a similar position in an op-ed at Breitbart news.

“It’s time to curb the National Security Agency’s systematic infringement of American citizens’ privacy,” he wrote. “In California, we’ve chosen to do just that.”

Practically speaking, SB828 addresses three major areas where the NSA and other federal agencies rely on local support to carry out their surveillance programs. These include resources such as water and electricity for physical facilities, university research partnerships, and sharing of warrantless data.

While the NSA does not currently operate a data or “threat operations” center in California, OffNow spokesman Shane Trejo said states around the country need to pass similar legislation to make NSA expansion more difficult.

“We know the NSA has aggressively worked to expand its physical locations because it maxed out the Baltimore area power grid in 2006. They’ve built new locations in Utah and Texas, and expanded in several other states,” he said. “Since the NSA is expanding so wildly, it’s not unlikely that they’re planning to build new data centers and ‘threat operations centers’ in other locations. California’s high-tech industry makes it a likely candidate. We can’t wait until the NSA opens up shop. This act yanks away the welcome mat and tells the NSA, ‘We don’t want you in California unless you follow the Constitution.’”

Six California state universities have partnerships with the NSA. These university partnerships provide critical research which helps the NSA expand. The California Fourth Amendment Protection Act also addresses the status of these schools as NSA “Centers of Academic Excellence.”

Continuance of such programs would be banned after passage of SB828 should NSA surveillance be determined as illegal and unconstitutional.

Finally, the bill would address the use of warrantless data from the federal government in state or local criminal proceedings.

As reported by Reuters in Aug. 2013, the secretive Special Operations Division (SOD) is “funneling information from intelligence intercepts, wiretaps, informants and a massive database of telephone records to authorities across the nation to help them launch criminal investigations of Americans.” Documents obtained by Reuters show that these cases “rarely involve national security issues,” and that local law enforcement is directed by SOD to “conceal how such investigations truly begin.”

Reports in the Washington Post and USA Today last fall documented how “the FBI and most other investigative bodies in the federal government” are regularly using a mobile device known as a “stingray” to intercept and collect electronic data without a warrant. Local and state police “have access through sharing agreements.”

Passage of the bill would be the first step in a process to ban resources to the NSA. If signed into law, once an official determination is made that a federal agency is engaging in illegal and unconstitutional collection of electronic data or metadata, the state ban on resources would immediately go into effect.

Behind the scenes, representatives from ACLU of Southern California have suggested an amendment that would greatly increase the likelihood of the constitutional determination needed to trigger the resource ban. It includes language requiring the Attorney General to open an official inquiry under certain circumstances. The AG will then request “full disclosure by that federal agency of the nature and details of the policy or claimed power in question to the Attorney General or the Attorney General’s designee within 90 days.” If the information provided reveals the federal agency is in violation, or if the agency fails to provide adequate information to make a determination, the AG will certify that agency in violation of state law, triggering a prohibition of any material assistance from the state to that agency.

Trejo said that while inclusion of this amendment on the senate floor would be a welcome addition to the bill, passage into law without it will still create a solid foundation to build on.

“California could set a serious precedent with this law,” he said. “Violate the Constitution and we’ll turn off the water and power. This could be the mantra for privacy-advocates across the country.”

SB828 is expect to move to the Senate floor for a vote in the near future. It will need to pass by a majority vote before being passed along to the Assembly for concurrence.