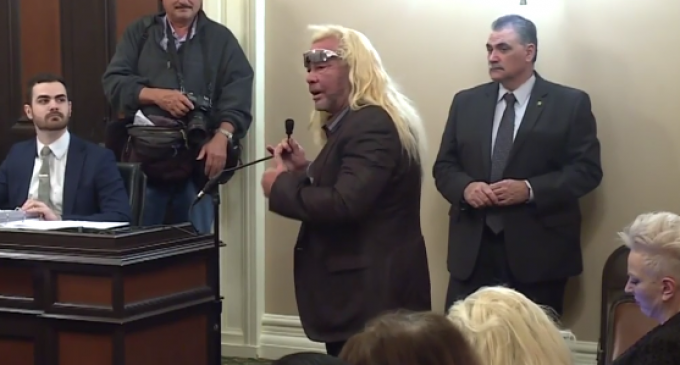 Keep these two names in mind:  Senator Bob Hertzberg (D-Van Nuys) and Assemblyman Rob Bonta (D-Oakland), both of California and both of a mind that it's okay to commit crimes, even violent crimes if you prefer, as long as you promise…pinky swear…cross your heart and hope to die…that you'll still show up for court when it comes time for sentencing.  This is no joke.

Let's take a quick look at Senator Hertzberg.  The man is a good addition to the political landscape.  Admittedly, although a Democrat, Hertzberg is not your typical Democrat (i.e., ultra-Leftist) and really does have a very long history of working with both sides of the aisle.  Hertzberg describes himself as a Bill Clinton Democrat, but that really does him a disservice.  While Clinton is a self-serving, lying, cheating, and money-grubbing man with the persona of a man with a heart that “feels your pain,” Hertzberg is actually a man that cares about others.  I don't often heap praise on Democrats (because quite frankly they don't deserve it) but this Democrat appears to me more in the category of a Joseph Lieberman than a Bill Clinton.  He is hawkish, one of the very few Democrats pre-9/11 who was warning his constituents about Islamic terror and he introduced multiple bills and programs to combat gang violence and crime in California.

Then there's Rob Bonta who appears to be Senator Hertzberg's polar opposite, without the climate change.  His main issues to focus on are not national security or terror or unemployment or even high taxes.  No, no.  His main issues are raising taxes, more money for education (even when it is clear that California could not possibly do any better with even more cash flushed down the toilet), more services, welfare, and assistance for illegal aliens (whether it breaks the bank or not), more internet restrictions, and of course, the all-important, nearly-Godlike status of medical marijuana.

These two lawmakers have joined forces to attempt to make the California justice system a bit more friendly to the criminals as well.  Senate Bill 10 and Assembly Bill 42 are going to be simultaneously introduced and just wait till you see what they've got planned.  Read on: