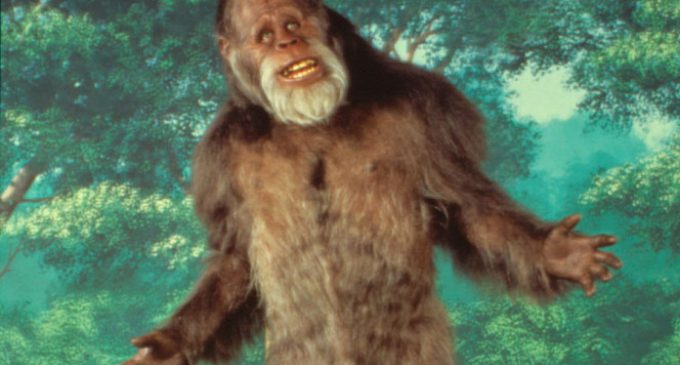 Mark Dice has once again proven how unintelligent liberal Americans are, which is sad seeing how the questions he asks during his surveys become crazier each time. This time around, he's asking people to sign a petition asking to get Sasquatch on the endangered species list. His reasoning for this survey is to keep people from going to parts of Northern California, where the Sasquatch has allegedly been sighted and shooting him.

Some Californians show up, by actually thinking about the question this time, before signing the petition. Others, however, are so concerned with the liberal agenda of protecting animals that they blindly sign the petition. One individual even spots the camera. Perhaps Mark Dice is going to have to change his appearance a little the next time around.

While this is certainly a different turn compared his previous surveys that involve ridiculous things like practicing Sharia Law and Holocaust Reenactment, he's consistently shown two possibilities. One, Americans (perhaps just Californians) don't think about surveys before they sign them or they don't think at all. They're so caught up in their own agendas, which often match those of their favorite politicians, they don't think for themselves.