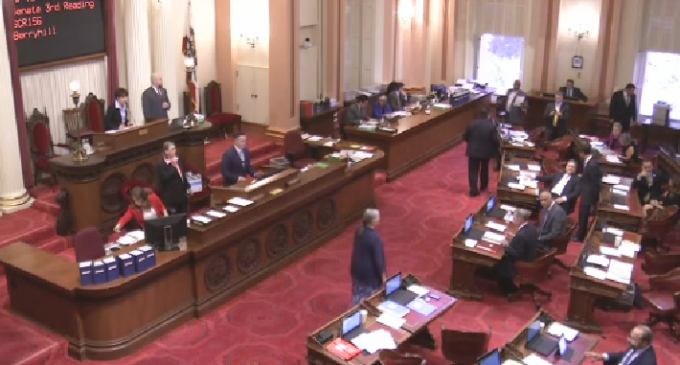 One of the biggest problems American voters have with politicians is that they seem to agree to one set of rules to which ordinary Americans must adhere and a completely different set for themselves.  Americans have seen this time and time (and time) again, and it is one of the reasons that candidates such as Donald Trump and Bernie Sanders garner such enthusiastic support.  It is also the reason that Hillary Clinton finds herself in hot water with the FBI right now.

Hillary Clinton and former President Bill Clinton are exhibits A-Z on political hypocrisy.  Even though Hillary Clinton mandated that everyone in her State Department use a @state.gov email address for official business, she did not.  While the Clintons are the prime example of hypocrisy, they are far from the only one.  Members of Congress who supported the Affordable Care Act (Obamacare) quietly granted themselves and their staff waivers from the government-run exchanges.

Now, the California State Senate has voted overwhelmingly to exempt itself from harsh gun laws that it chose to impose upon its own constituents.

To read more — and to learn how California is not the only state doing this — continue reading on the next page: