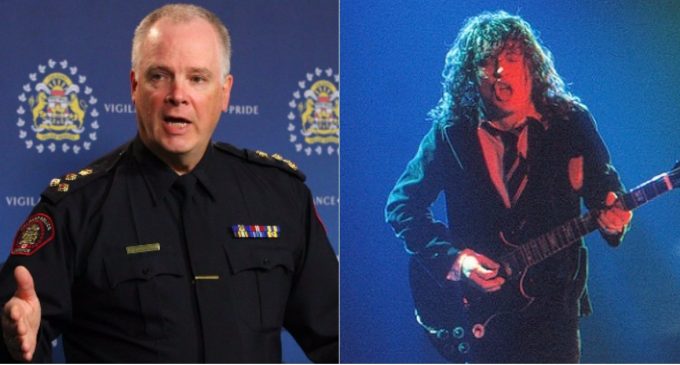 It wasn't that long ago, during the Obama years, that someone like you or myself would be considered a potentially dangerous individual; in fact, we would be labeled as “terrorists.”  I haven't checked the government policies lately, but I often wonder if they remain in place, forgotten by a newly-minted Trump administration in its craziness over the last eight months with investigation after investigation into its mindset and actions.

It certainly wouldn't be the first time that loony or ridiculous laws were kept on the books simply due to the fact that there are so many that actually fit into that category that it would take a presidency its entire term to look through a mere pittance of the bulk.  Perhaps if Trump hired 100 paralegals at minimum wage and had them digging through the laws for a full four years, they might make a dent.  Then again, that might be a great idea to take down the national debt as well.

That aside, Canada…known for its snowy mountains, fir trees, beavers, and funny accents…is also well known for its Liberalism.  Better yet, it IS the epitome of Regressivism.  There are two types of people in Canada (and they're both very friendly with the United States):  On the one hand, you have the typical, dyed-in-the-wool Leftist and, on the other, the “terrorists.”

Calgary police have issued a list to concerned parents about what they should look for when assessing whether or not their children are becoming NEO-NAZIS!

Turn to the next page to find out what exactly is on this list and whether or not Calgary administrators are secret Obama worshippers and closet idiots!