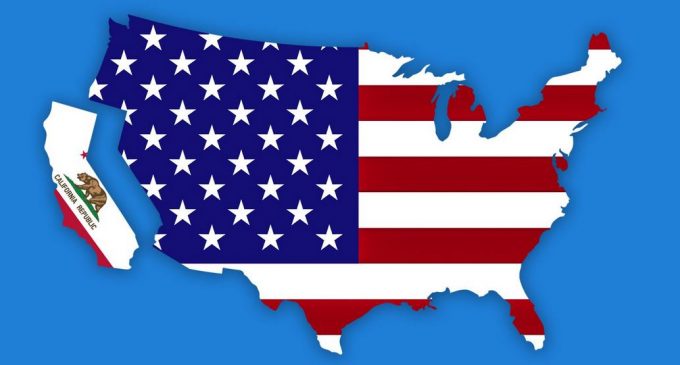 The budding California secession movement now known as Calexit by some has rumbled around for several years, but just gained more momentum to move forward.

Made of up of leftists who want to turn the Golden State into a socialist utopia, the Yes California group hopes to get enough support to have a ballot initiative to go before the voters in 2018.

The movement began back in 2015 as some voters argued that California isn’t getting its fair share of federal revenue to pay for needed infrastructure and social programs while its taxpayers are sending more than their fair share to other states that don’t embrace the offbeat cultural values of California.

Who knew Californians would embrace the states rights argument that fueled the Confederacy?

Naturally, observers on the other side of the argument may see an upside to California’s departure, given the fact that it harbors illegal immigrants who’ve become a financial burden on the educational and health systems, not to mention a conduit for the flow of criminal gangs and drugs into the United States.

On the next page, learn the next steps in the Calexit process and how state officials have helped the process along.