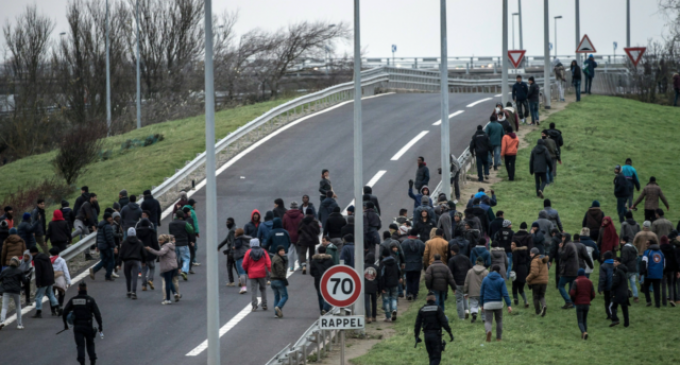 The waves of migrants making their way to Europe are no longer waiting until they reach their destinations to wreak havoc.

The latest locale to be ravaged by the marauders is Calais, which saw hundreds try to force their way past any barriers in their path and enter the United Kingdom. One would have expected these “desperate” refugees “fleeing for their lives” to at least show gratitude towards the people whose countries they were fleeing to and passing through, but as stunning video footage demonstrates, they showed the polar opposite.

Enraged that French police attempted to maintain even some semblance of order in the area, the migrants began to block traffic, throw stones at passing vehicles, and attempt to storm ferries preparing to make the trip across the channel. They were totally undeterred by the imposing fences installed by law enforcement, simply tearing them down and leaving them in the middle of the roads. In short, their attitude could be summed up in the profane utterance shouted by many of the migrants: “F**k the UK.”

See video of the migrant riot in Calais on the next page: