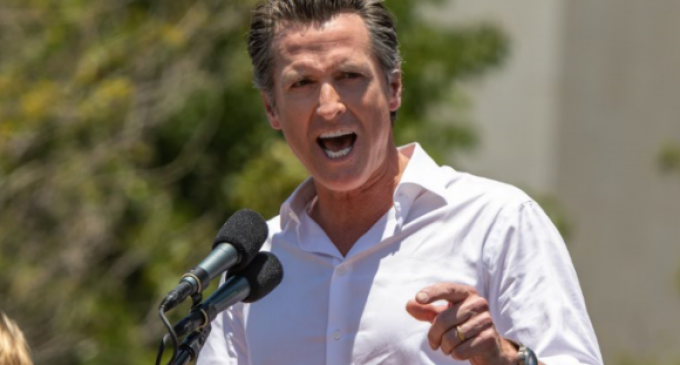 The homeless crisis in San Francisco continues to get worse and worse but the governer of California thinks he has found the root of the problem: Texas.

San Francisco provides free bus tickets to homeless people inside and outside of the state so that they may join family in the Golden Gate City. Newsom claims that because more people from Texas take advantage of the offer that the Lone Star state is to blame.

Former California assemblyman turned Texas resident Chuck DeVore reacted to Newsom's claim on “Fox & Friends,” saing that Newsom is “responsible for the policies that have created California’s homeless crisis,” in the wake of the governor blaming Texas for San Francisco’s homeless crisis. “What you’re seeing here are the words of a desperate man that we should almost feel sorry for.”

There are currently around 8,000 homeless people in the Golden Gate City, up 17% from 2017. San Francisco also has “significantly more billionaires per inhabitant than any other top city – with one billionaire for approximately every 11,600 residents,” according to financial research firm Wealth-X. Even leftist media outlet Mother Jones admits that “Democrats Have Done Virtually Nothing for the Middle Class in 30 Years.”

Democrats simply don’t consistently support concrete policies that help the broad working and middle classes. Half of them voted for the bankruptcy bill of 2005. They’ve done virtually nothing to stem the growth of monopolies and next to nothing to improve consumer protection in visible ways. They don’t do anything for labor. They’re soft on protecting Social Security. They bailed out the banks but refused to bail out underwater homeowners. Hell, they can’t even agree to kill the carried interest loophole, a populist favorite if ever there was one.

So, one has to wonder, is the disparity considered a success story?