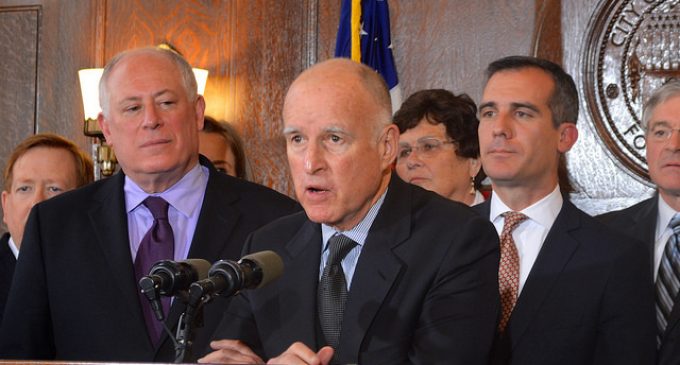 The issue of federal vs state law has been an issue almost as long and varied as the history of our country. But, none stretch these limits to the max quite like the Democratic Party. It is only in modern-day America that a political party could truly with a straight face stand there and say that the rights of illegal aliens trump the virtues of law-abiding citizens.

Brown painted his state’s (illegal) “progressive” approach to federal immigration authorities as being in alignment with the teachings of Jesus:”power of redemption” and proclaimed his acts were acts of mercy like Jesus.

But to law-abiding citizens, his moves seemed anything but Christ-like.

Head on over to the next page to hear what Governor Brown decided to do to “officially” celebrate Christmas in the state of California.