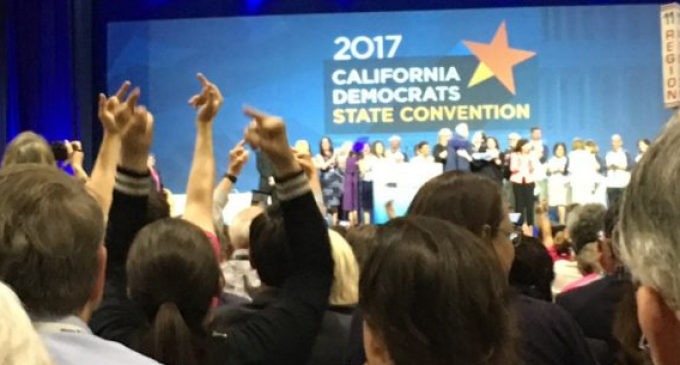 Liberals love to mock President Trump for using words like tremendous or enormous in regards to the work Americans have in front of them to negate the toxic remains from 8 years of a Barack Hussein Obama.

But, it would appear that it’s actually the Democrats in need of a dictionary or at least a little common sense smacked into their thick skulls.

One would be forgiven for assuming that rational policies might be the topic of discussion at state party conventions if they’ve never met a liberal.

Democrats did their party proudly. They brought their A game: activists, hypocrisy, and blasphemy. Stragglers approaching the convention center likely had no problem knowing they’d found the right place when screams of “Russia 1st, America 2nd” erupted throughout the building.

But, that was just the warm-up to their dangerous albeit childish liberal antics.