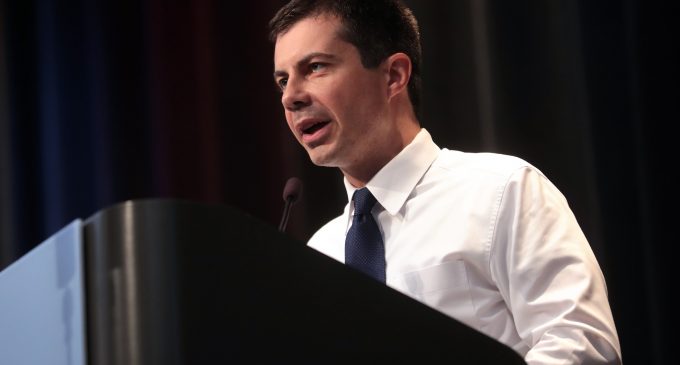 During an interview on Friday for The Breakfast Club radio show, South Bend Mayor Pete Buttigieg suggested that the Bible justifies late-term abortion because ‘life begins with breath.”

“(Pro-lifers) hold everybody in line with this one piece of doctrine about abortion, which is obviously a tough issue for a lot of people to think through morally. Then again, there’s a lot of parts of the Bible that talk about how life begins with breath. Even that is something that we can interpret differently. . . . No matter what you think about the cosmic question of how life begins, most Americans can get on board with the idea of, ‘I might draw the here. You might draw the line there.’ The most important thing is the person who should be drawing the line is the woman making the decision.

Buttigieg also claimed that “a reckoning” is headed for evangelicals who support President Trump and the GOP.

“The GOP’s got to deal with the fact that they have come on board with a president that is completely against not just our values, but their own,” Buttigieg said, going on to criticize Vice President Mike Pence for supporting Trump despite having “rigid, traditional sexual ethics,” he said. “Every other word that comes out of the mouth of Christ is about things like helping those in need, and you’ve got a Republican Party dedicated to its opposite,” he said. “There will be a reckoning over that.”

It’s the latest salvo in a long string of attempts by Buttigieg to paint his entire progressive agenda as the only acceptable set of policies for a moral Christian, insisting that a proper interpretation of Christianity will “point you in a progressive direction.” Time and again, the mayor — who considers himself a faithful Episcopalian — has derided Republicans and conservative Christians for their supposed hypocrisy and immorality, while proclaiming the objective moral correctness of his own policy prescriptions.

But when it comes to abortion, he of the unswerving moral compass thus far has fallen silent, repeatedly demurring on whether it’s ever appropriate to limit abortion legally on moral or religious grounds. That is, until today. Now, Buttigieg apparently has managed to locate “lots of parts” of Scripture that, by his implication, would legitimize a regime of abortion on demand until the moment of birth — or even, I suppose, until a newborn child draws his or her first breath.

Evidently, the mayor has decided that it’s to his advantage to embrace the radical, unpopular position of his party, advocating that a pregnant woman alone should have control over whether the unborn human being inside her is permitted to continue living, even after the point when it is able to survive outside the womb. He should at least have the decency not to twist Scripture in defense of his abhorrent decision, and to cease lecturing us about his superior understanding of Christian morality while he’s at it.