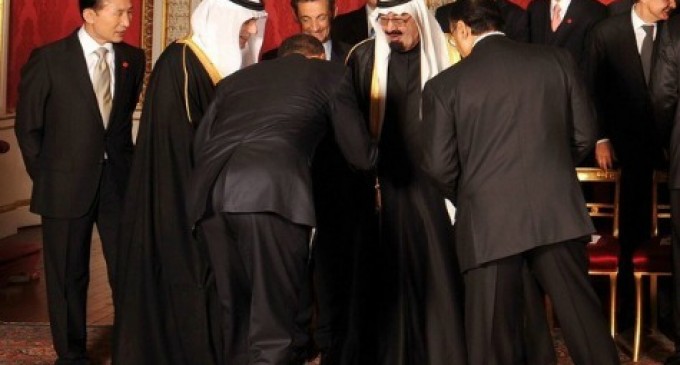 All the bowing to the monarchy, all the Muslim outreach, all the criticism of Israel, all the help in crushing a Shia rebellion in Bahrain meant nothing to Saudi Arabia, which has let it be known that it intends to distance itself from the United States despite the obsequious efforts of President Barack Obama to cultivate a closer relationship.

Once again, the “smart power” of the Obama administration has been proven a fraud. The immediate cause of the division is President Obama's refusal to do anything serious about containing Iran.

The Saudis know that the charm offensive of “moderate” Iranian President Hassan Rouhani is designed to let the Iranian regime enrich uranium just short of nuclear “breakout” capacity. They are indignant that Obama seems prepared to undo the efforts of years of sanctions for new talks and empty promises.

Other irritants in the relationship are Obama's on-again, off-again approach to stopping the Syrian regime's slaughter; the Obama administration's sudden enthusiasm for the Arab Spring in 2011 after spending years backing away from George W. Bush's democracy agenda; and the growing influence of the U.S. as a global oil power, which–ironically–has happened despite Obama's determined opposition to fossil fuel development.

Not all of the blame rests with Obama. The Saudis are proving once again to be notoriously unreliable allies, always willing to put their own interests ahead of American interests. Israel, by contrast, tends to downplay differences with the U.S. when they emerge, and has often (though not always) set aside its own self-defense (the Gulf War is only one case) in the interest of preserving good ties with the administration of the day.