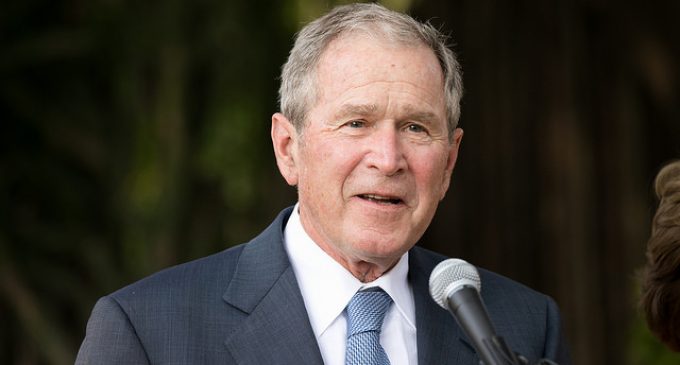 Good ole inept number 43, George W. Bush, the establishment globalist “Republican” who mislead the public on the possession of weapons of mass destruction in Iraq, did far more than pave the way for his predecessor Barack Hussein Obama to enable the spread of ISIS. But, all he cares about these days is how much more popular he has become among the deranged left since number 45, President Donald John Trump assumed the Presidency.

To the ‘old school’ establishment Republican puppets, i.e. the Bush family, President Trump is something of a source of glee to them.

I always knew it, Bush Jr. whispered to his faithful teddy bear curled-up on the bed. I knew one day peoples would see me for who I weally is, an artistic soul who weally was helping the Deep State all along, even when mean jealous donkeys tried telling me I is no good with wurds. Isn't that wight Mr. Bear?

Continue to the next page to hear the remarks Bush Jr. has reportedly been sharing in private regarding the current President Donald John Trump