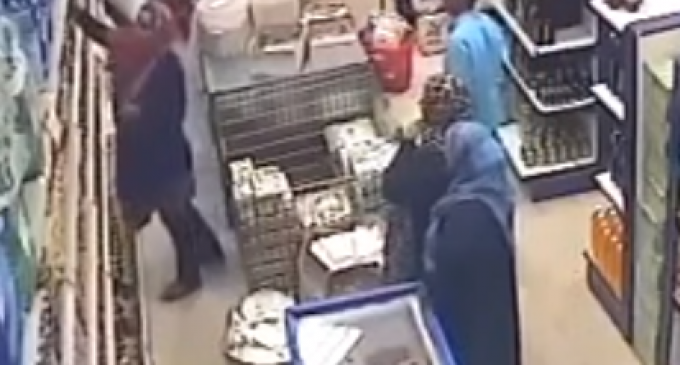 This type of behavior has been seen in other countries, such of Switzerland, and because of it, the government has made burqa's illegal.  As a matter of safety, the Swiss have made wearing the full body garment a finable offense.

Perhaps America should begin learning from European countries who have experienced a mass refugee crisis and are now having to deal with the cultural clash that has ensued.

On the following page one can view the video footage of the women robbing the store.