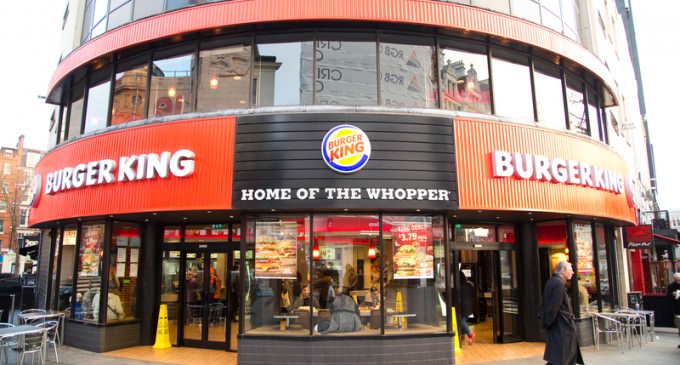 Another fast food giant has jumped on the sharia bandwagon.

Seeking to spread it’s lucrative business to France, Burger King has decided to save itself the cost of building a new franchise from the ground up by simply purchasing Quick’s, an already established fast food chain in the European country. But it was the decision to keep 40 of the existing Quick’s and change their menu that is causing controversy.

Apparently, the company has decided to make the remaining Quick’s halal compliant, or in line with Muslim dietary restrictions. That means bacon and pork food items will be retired from the menu and only halal-certified beef and chicken will be offered at the restaurants.

Apparently, Burger King really values the business of Muslims, and with the estimated 5 million Muslims in France, there will be plenty to fill the fast food chain’s coffers.