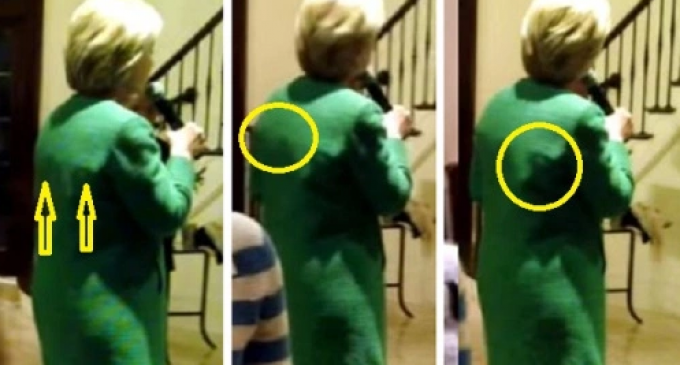 What the heck are those bulges underneath that bright green pant suit you are wearing Hillary?  You know the one you wore when you couldn't walk up the steps without assistance back in February?  The suit that is in the viral photo that adds to the speculation that not all is well with your health?

A private fundraiser was held at the house of Lisa and Joseph Rice in Charleston, SC.  A picture of Hillary needing strong-armed assistance to walk up several steps has given more visual evidence that something is seriously wrong with Hillary.

Her health appears to be a very real issue, with brain glitches that result in confused speech and disconnected thoughts, the inability to walk unassisted at times, and her chronic cough.

Check out the video that shows the bulges on her back under that bright green pantsuit on the next page.  Some suggest that it is a life saving vest.  What do you think?