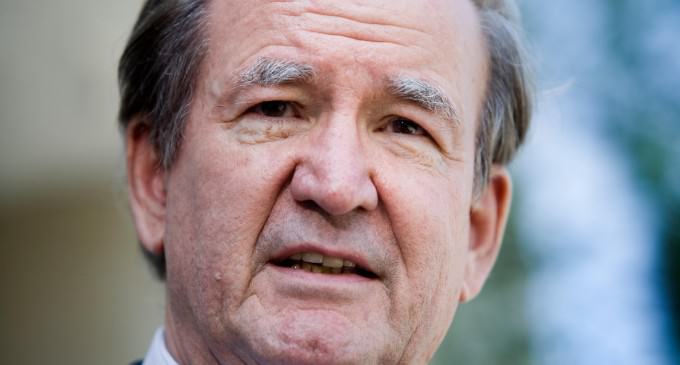 The one, big difference between the Bilderbergs and the Deep State (which includes the Establishmentariat and the filthy media) is that while the former is interested in Finances first and Power to influence second, the Deep State reverses that, where Power to influence is paramount and Finances merely a fortunate happenstance that comes with Power.

The U.S. intelligence community never anticipated that a populist like Donald Trump could actually attain the White House, but their proactive approach to combatting his policies of draining the swamp have been a tour-de-force in espionage and Ambush 101.  As previously stated in other pieces on the Deep State, I maintain that they are not one wit interested in any of the social issues of the day, whether pushed by the Left or the Right, unless it specifically interferes with their ability to implement their own brand of control.  Then, and only then, will they act on those issues.

However, the more important aspect of the Deep State's self-appointed mission is the maintenance of the status quo and ensuring that the illegal collection and usage of surveillance and metadata is protected by all means necessary.  Remember that these people could care less if the president was attempting to stop gay marriage, or he was trying to enforce a travel ban from certain terror-prone countries.  What's most important to them is the unfettered ability to “call the shots,” to make decisions that affect nations, rather than just individuals, departments, or branches of the government.

If you were a fan of “The X-Files” and other shows like that (“Homeland” is another good example, as well as “Blacklist“) you'll be well familiar with the concept that even when you have a guy making all the decisions, he has a boss, who answers to a big boss, who ultimately answers to a Congressman or the President.  BUT then halfway through the season, another shadowy character with crazy, scary amounts of pull and control makes a simple phone call and the entire operation that has the backing of the Congress or the President is suddenly 86'd.

That's the Deep State.  These underlying figures who are in control of all the decision-making and operate through multiple channels of agents and networks of officers.  Asking any single one of them, “Who gave the order?” is like asking Coke what the “secret ingredient” is.  In other words, you're NEVER going to get a straight answer.

Pat Buchanan has written an opinion piece about this current predicament between the Executive Branch and the intelligence community's Deep State.  His question, “Are we on the brink of a civil war?” begs another question.  “Who would benefit most from that civil war?”  Read on to the next page for more on this story…