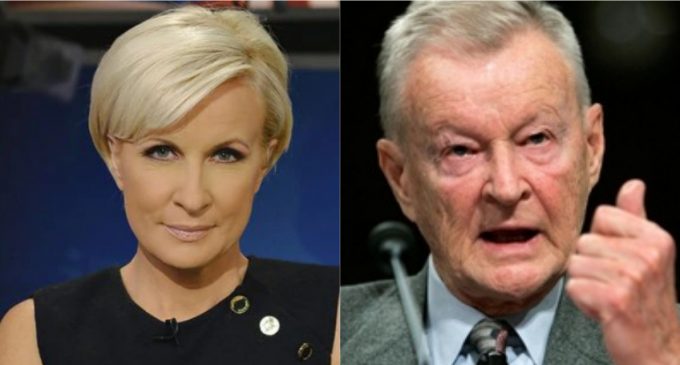 The former National Security Advisor to President Jimmy Carter, Washington geostrategist and Obama’s handler, Zbigniew Brzezinski, seemed to really lament the idea that “it is easier to kill than control the masses than to control them” when he was speaking to British elites at Chatham House in 2008.

Specifically, he said that “new and old powers face” an unprecedented situation; the “lethality of their power is greater than ever”, but, sadly for the New World Order globalists, their “capacity to impose control over the politically awakened masses of the world is at a historical low.”

Brzezinski is credited with the creation of Al Qaeda and the Taliban.

When he was national security adviser to President Carter, he created the strategy to aid the Mujahideen began six months before the Soviet invasion in December 1979. This ultimately resulted in the creation of Al Qaeda, who's carried out innumerable terrorist attacks, including 9/11 – as well as the Taliban, now heavily armed by the Biden regime.

How far does the apple fall from the tree?

Brzezinski's daughter is Mika Brzezinski from MSNBC's Morning Joe. It's a small club, only we're not in it.