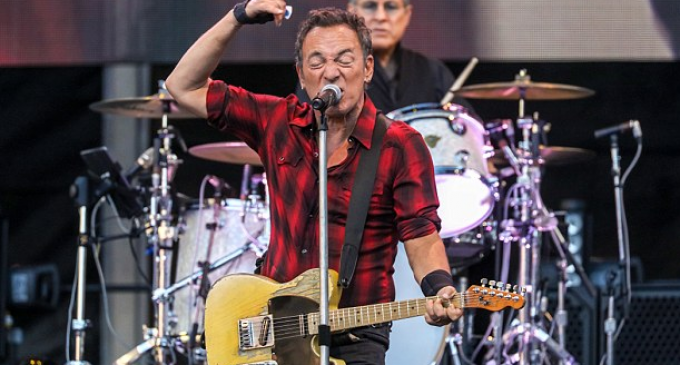 This week, Bruce Springsteen claimed that he was standing amount “embarrassed Americans”.

This coming from the man who sings “Born in the USA,” but the signs were there all along. Springsteen's hit may sound like a patriotic jam, but its intention is often misheard or misunderstood. With lyrics like “So they put a rifle in my hand / Sent me off to a foreign land / To go and kill the yellow man,” the song was a political statement from the very beginning.

The anti-war/anti-America message may have been subtle then, but now Springsteen is making his displeasure with the United States known across the world. His most overt criticism of his home country came this week during a concert in Melbourne, Australia.

See Bruce Springsteen's full statement on the next page: