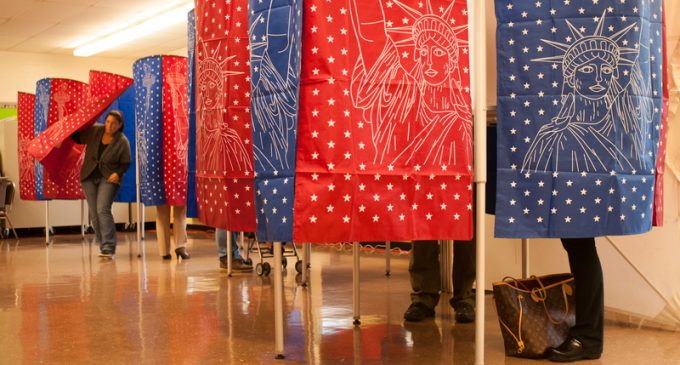 Voting machines are malfunctioning in key battleground states today, making voting difficult for people in position to decide the presidency.

Every year, reports of long lines, broken machines, and miscounted votes plague Election Day. This year is no different. Midway through Election Day, hour-long lines are already being reported in states such as Ohio and North Carolina. As the deadline to vote looms, these lines will only get longer. During previous elections, closing times have been pushed back in order to allow latecomers in long lines the ability to vote.

This will almost assuredly be the case today, because the very states that are reporting long lines are now being riddled with broken voting machines. In one case, one voter in the must-win state of Pennsylvania claimed that voting in his district is virtually impossible.

See which states are reporting broken machines on the next page: