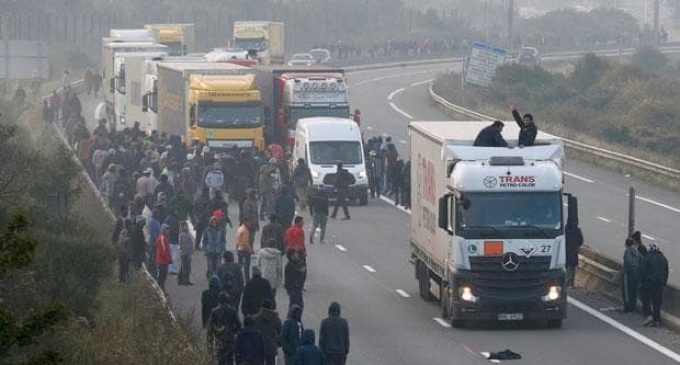 If the liberals aren't careful, this wall-building thing is going to get out of hand. Trump seems to be making headway with his proposed wall on the Mexican border. Now the Brits are getting on the bandwagon.

Why do liberals throw a fit over border walls?  After all, they just delineate agreed-on borders. Nobody loses any territory. And they don't stop legal immigration; a country can still take in whomever it wishes. What ever happened to the old saying that, “fences make good neighbors?”

Let's have a look.