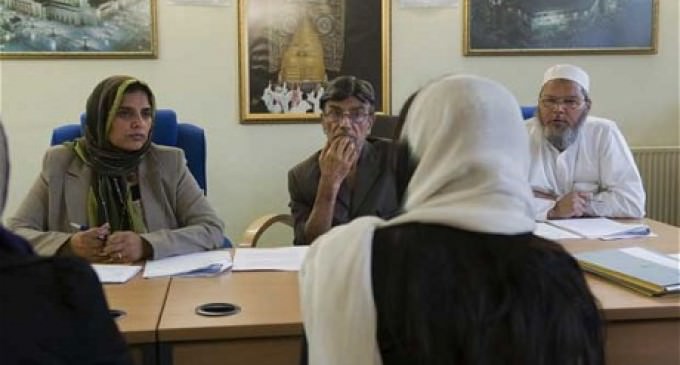 Sharia courts in London, are handing down verdicts against Muslim women who are seeking divorce due to abuse, that offer no justice or protection.

First off, London, a once proud nation of law and justice, has Sharia courts handing down sentences?  What is wrong with this nation.

Sharia court judges are handing down harsh verdicts based on an ancient and barbaric “legal system” that for example has required one wife to “divorce the husband, have sex with a different man, wait three menstrual cycles” before remarrying the husband in order to validate the marriage.

How the west has fallen!  Dutch academic Machteld Zee writes that a expanding number of Sharia courts in the United Kingdom are enforcing barbaric rules on women who desire a divorce because of neglect and abuse.  Zee accuses the Sharia courts of letting fundamentalist enforce their barbaric ideology.

Read more on the next page about judgments meted out by these Sharia courts against women who they should have the best interest in mind, yet their fundamentalist views only see women as property.