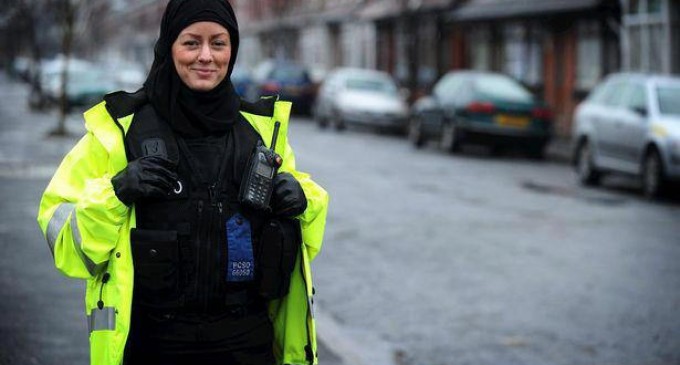 Diversity is an adjective that gets thrown around more than any noun or verb in the English language. Both the media and the far left’s obsession with it is tiresome and pointless. Much like the belief that Marvel fans are coming out of the theaters angry at the fact that there aren’t any gay characters in their movies (which they don’t), liberals in Scotland have pressured the country’s police forces to becoming more diverse, which naturally meant introducing a special hijab to “encourage more female Muslims to join the force.”

The Scottish Police released a report on how they’re working to create a workforce that is more “representative” of society. This all comes from a report that claims that 2.6 percent of Scottish police officers are non-white British. What this doesn’t prove, however, is that there is any prejudice involved. Perhaps Muslim women aren’t joining the police force because they don’t want to, or better yet, they’re not allowed to. Let’s not forget that Muslim culture isn’t too fond of the idea of females being in positions of power.

Read about London’s police hijab on the next page.