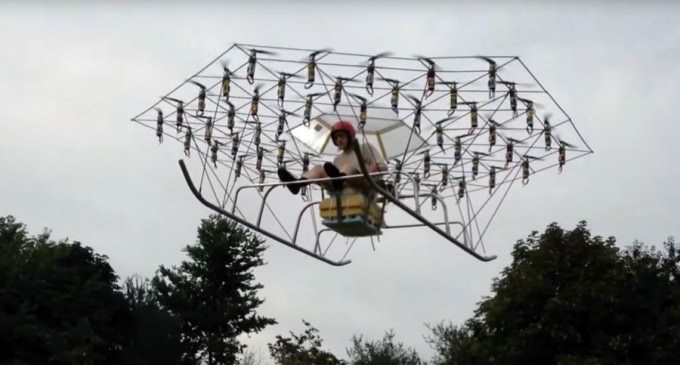 With drone technology now easily available to the public, a new controversy has come up regarding exactly what the public plans to do with these drones. In the past year alone, there have been reports of people flying drones around airports, over military bases and using them to spy on the attractive neighbor next door, until her father comes out and shoots at it with a .12 gauge. While YouTube user gas turbine101 isn't doing anything that juvenile, what he's made is actually quite impressive.