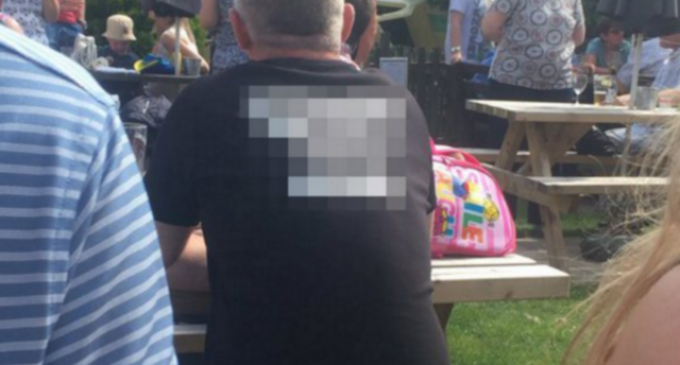 It appears without a doubt that freedom of speech is dead and buried in the United Kingdom.

While the island nation once gave birth to the political and philosophical ideas that inspired our Founding Fathers to write the Constitution, the country has now become a meddling nanny state ready to turn into a police state at a moment's notice. The rate at which one becomes the other was amply displayed when authorities moved to arrest a man for breaking the law.

What unspeakable crime did this man commit? Arson? Murder?

No, the man in question was guilty of – get this – wearing a t-shirt with an offensive message on it.

And what was this offensive message?

A crude joke about soccer fans. Needless to say, the man wasn't bothering anybody when a bunch a busybodies took it upon themselves to report him to law enforcement, who promptly took him into custody for nothing more than exercising his questionable but nonetheless free speech.

Check out the ‘offensive' t-shirt on the next page: