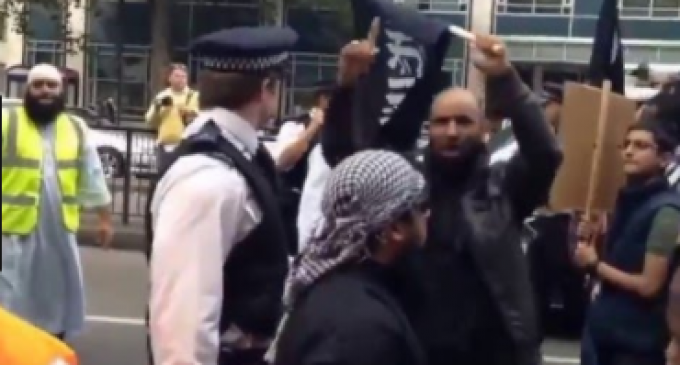 What could possibly be the issue with Western forces pushing radical terrorists out of the Middle East? Radicalized overzealous Muslim liberals being kicked out of the Islamic ranks and forced to return to their Western homes.

More than 3,000 Jihadis are reportedly in the U.K. As a result, security services are being spread extremely thin and at risk of falling apart. Counter-terror agents are unable to contain the incoming tsunamis of radicalized men and women. This situation is even more complicated by the fact approximately 850 Britons are believed to have left the country to train with the Islamic State in Syria and Iraq. Although more than a 100 of these traitors have been killed a chilling report reveals the majority are still alive.

The European Union’s police intelligence agency (Europol) shares that many of these people present a serious threat due to the high level of extreme violence and radical Islamic religious devotion witness abroad.

Playing Captain Obvious is about the extent of what police intelligence can due to fight these growing threats. Terrorism Prevention and Investigation Measures (T-Pims) are the most effective resources for combating terror plotters and their sympathizers. Only seven radicalized terror suspects have been placed on watch despite their being 3,000 known radicalized Islamic terror supporters planned throughout Britain.

Counter- terrorism officials do not lack the resources to fight these crimes. They lack the legal jurisdiction and party support.

Continue reading on the next page to discover the miniscule amount of jihadists that have been placed under anti-terror orders out of the 3,000 walking the streets: