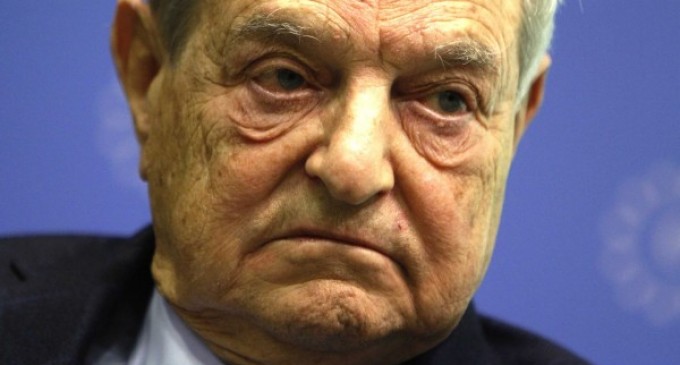 And the leaves have it! Brits have voted to leave the European Union, in spite of the grim warnings given by the experts and specifically E.U. “Puppet Master”, George Soros, who campaigned for the “remain” vote.  The “British elites” used fear as a main tactic to get people to vote to stay in the E.U. insisting that GDP per household would fall by $6,321 and that the pound would be devalued by 15-20 percent.

Election polls, prior to yesterday's historic vote, predicted that the “remains” was ahead to such an extent that London bookies were offering 13 to 1 odds against the “leave” campaign.  Other polls however said differently, as “polling carried out for ‘The Independent’ [newspaper] shows that 55 per cent of UK voters intend to vote for Britain to leave the EU in the 23 June referendum”.

What the experts don't understand is that the good people of Great Britain are tired of the bending to the will of the E.U., being forced to submit to unrelenting immigration, and the inability to remove the technocrats from their ivory towers of unbridled power, so in “Brexit”, they found their answer to freedom and chose to take it.

Soros and the like thought they would win, but it would seem that a higher authority poured torrential rain, causing great flooding in Southeast England, an area most likely to cast a “remain” vote.

Read more on Brexit, the markets and how democracy was victorious on the next page.