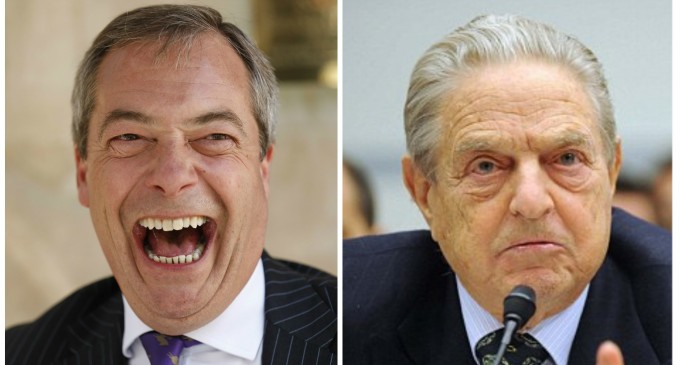 For decades, it seemed as if the countries of the world were headed toward an inevitable and inescapable global government.  Organizations such as the European Union were born and grew steadily, while the United Nations became an inescapable entity thrust onto the citizens of the world's countries.

When Donald Trump suggested we leave the both NATO and the United Nations, pundits reacted as if the suggestions were unthinkable. The assumption was that the country agreed. Like it or not, the UN and NATO were unfortunate realities, despite the fact that The United States puts in far more then it gets out of both organizations.

Meanwhile, the UK was facing a similar choice. After years of investing in the EU with little in return, many within the population of Great Britain finally turned their backs on the continental government. Predictably, they were publically shamed for their desires to leave. The were told they had no chance.

Then, surprisingly, they succeeded.

The results signal a shift in the direction of these all-powerful institutions. See why Breitbart thinks that Brexit could mean the end of the new world order on the next page: